Last November, I was invited to play in the MLB All-Star Tour in Japan. It was an incredible opportunity! Playing a series of seven games with some of the major league’s best players was an honor. While I knew most of the guys I went over with, having played against them in regular-season games, it was pretty cool to be able to play on the same team with them and get to know them better.

Playing in Japan was really unique for me. I love traveling, experiencing new cultures and meeting new people. The fans over there are amazing; they take in the game of baseball very differently from fans in the states. They were constantly cheering throughout the entire game. It’s almost as if they don’t take a breath! It made it really fun to play for them.

Having grown up in Tennessee — in the Bible Belt of America — I’m used to faith in Jesus being the default almost. But through traveling I’ve learned that this is not necessarily the case in other areas of the world. Traveling gets me out of my comfort zone and shows me how other people and cultures see life. It makes me appreciate where I’m from and what I’ve grown up with. It also makes me aware of and understand why some people are not as strong in their Christian faith. If they don’t have community and culture supporting them, they might not be consistently pushed closer to God. 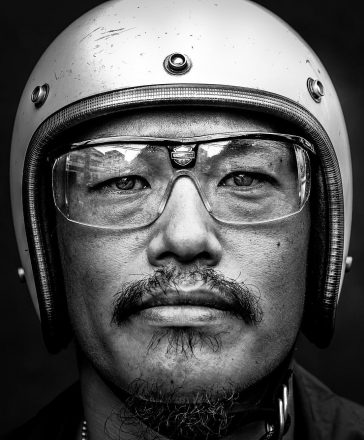 While in Japan, I was able to meet some really cool people whom I wouldn’t have if I stayed in my comfort zone. Every day, I would wander down to a motorcycle cafe near our hotel, and while I was there I met a few of the workers. Though there was a language barrier to make things interesting, we were able to connect through common interests. They like baseball, I like motorcycles, so we made it work. I was even able to give them a few tickets to some of our games.

Even if it’s within our country’s borders, I love traveling. I always get to experience something different, and as a result, I learn more about life and the way others view the world. I’m not afraid of becoming uncomfortable and I think, as a result, this makes me bolder in my faith. If you get used to sharing your life and faith with others, it becomes almost second nature to do so. And ultimately, that’s what we are called to do as ambassadors of Christ.

Are you willing to get out of your comfort zone? You might be surprised to see where it takes you.

Jesus at the Center of It All – Nick Ahmed

Worthy of a Celebration – Steven Souza

What Nothing Can Separate - Janie Reed

Learning How to Adapt - Nate Augspurger

If We Only Knew - Benjamin Watson

When Basketball is Taken Away - Brandon Knight