I’ll admit it: Being a father did not come as easily to me as I thought it would. So many men dream of having a son, but you’re not playing catch with him when he’s 1 month old. As the youngest child in my family with no younger brother or sister to care for, it took me a while to figure out. But the more my son, Josiah, grows, the more responsive he is to me and I couldn’t love it more.

Josiah teaches me a lot about patience and the power of being present. Sadly, many of those who find themselves in less-than-likeable situations have the common denominator of the lack of a father in the home. That’s not always the case, but many times it is. We start to see how much this matters. Men need to be present at home.

So many of us men look for our validation from the world. All of us look for worth and validation from our jobs; it’s in our nature. And in Ephesians, Paul talks about the roles of husbands and wives and how they differ. Husbands are called to love their wives, while wives are called to respect their husbands. Those instructions are intentionally different. Men respond well to respect, but they often try to obtain it the wrong way — by working hard, worshipping their job titles or pursuing sexual exploits. We can only truly find our worth and role when we come into a right relationship with our Heavenly Father. 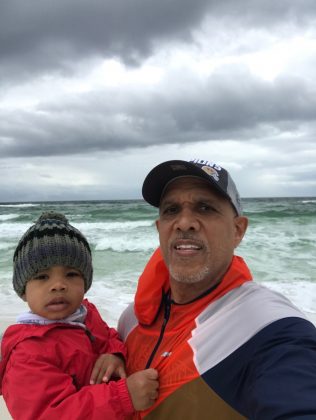 I’m so grateful that my dad was always there for me. When I imagined myself becoming a dad, I thought back about what it was like to grow up under my father. I found that there wasn’t one memory I had which my dad was not part of. Throughout all of my years playing sports as a child, I think there was only one game that my dad has to miss. I specifically remember the one homerun I hit during my little league days. My dad was the centerfield coach; after I hit the ball, just when I began to think, “Man that ball is going far,” the ball crossed over the fence and I looked out to see my dad raise his hands in the air and start jumping up and down. I was so happy my dad was there to experience that moment with me.

It’s great to be able to provide for your family, but sometimes being present is the best currency.

We have a Heavenly Father who is always there for us. For those who didn’t grow up with a father, the Word is chock-full of verses about how much God loves us and wants to be there for us. We can find rest and identity in Him!

I know moms can grow frustrated from spending a whole day tirelessly taking care of kids only to watch their kids throw themselves at daddy’s feet when he walks in the door. It’s almost as if he’s Superman, and she can think, “I’ve been putting up with these kids all day…” But Father’s Day isn’t about being Superman, it’s about being there in the nitty gritty. It’s about having the hard conversations with your kids that you need to. It’s about being the one who says no once in a while. The fact is that you’re not always Superman, you’re better than that. You’re Dad.

Every day is Father’s Day, because every day you get to fulfill that role — a representation of our Heavenly Father in a very tangible way.

Jordan Matthews is a regular contributor to The Increase, providing articles and opinions. Check out Jordan’s Increase profile here.

Living with a Purpose – C.J. Hamm

From the Pitch to the Pulpit - Gavin Peacock

Trust in Something Bigger - Brooke Wyckoff

Living with a Purpose - C.J. Hamm

Joyful No Matter What - Ali Aguilar