It’s amazing to see those who have been blessed with much do what’s right in this world by helping others—strangers even—who are in need. The Increase recognizes Scott Linebrink for the work he is now doing off the field.

Linebrink is best known for the relief he provided to starting pitchers in his 11 seasons in the Majors. He was a right-handed safety blanket who bridged the gap between the starting pitcher and the closer, coming into any situation to get the high-leverage, high-impact work done. If the bases were loaded and nobody was out, he was called on to perform a “Houdini.” If there was a tough right-handed hitter coming up to bat, the starting pitcher was tiring, and the game was on the line, it was Linebrink the manager summoned from the bullpen to finish the inning and leave the team unscathed.

In twelve years as a pitcher in the Majors, Linebrink made 601 relief appearances and tallied 42 wins against 31 losses, so it’s no big surprise to learn that he’s now leading a relief mission off the field. Through his new position with Water Mission International, Scott is now organizing relief efforts in Honduras and a refugee camp for 150,000 Burundi natives who escaped into Tanzania to avoid a potential genocide.

Water Missions International doesn’t just dig wells or filter existing sources; the organization builds water systems so robust that they’re actually more like municipal infrastructure than emergency relief or a quick fix. WMI has provided 1100 water systems since 2001. All of them are still operating today.

Clean drinking water and improved sanitation will help the people living in the communities served by the Olancho project to live healthier.

In Honduras, the Olancho project will provide clean water and sanitation for over 12,000 people when all three phases are complete.

Scott’s work in Tanzania is a direct result of WMI responding to a request from UNICEF to provide emergency relief in a dire situation. Imagine 150,000 people in a camp without sufficient drinking water. Scott’s team and his network were quick to respond by getting 10 systems in place immediately; that’s clean drinking water for 50,000 of the refugees. 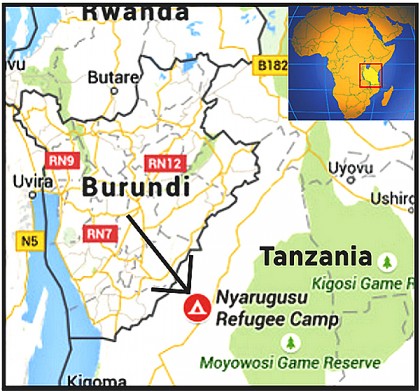 Thousands of people from Burundi have fled violence there, seeking refuge in Tanzania where, until WMI began to intervene, there was insufficient water for their number.

The bases were loaded, nobody was out, and it wasn’t a game at stake, it was lives. Scott did what he does best. He assessed the situation and worked hard to get thousands of people out of a grave situation. Although the systems still need more funding and the available water is still inadequate for all the people in the Nyarugusu  camp, who better to help than a World Class Reliever?

For more on Scott Linebrink visit him on LinkedIn

To get involved in his humanitarian efforts, visit this link.

Mixing It Up – Luke Weaver